It looks as though Norwich City will be looking for a new manager with Paul Lambert wanting to leave the club. 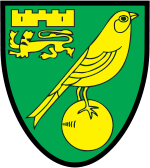 The expected departure of Lambert means that not one of the three managers that had gained promotion to the Premier League will be in charge of their teams even though they all stayed up. Neil Warnock was sacked by QPR earlier in the season, Brendan Rodgers left Swansea City for Liverpool and now it looks as though Lambert will join Aston Villa. It has been one of the worst summers for the Norwich fans as they also have to deal with their main goal threat Grant Holt wanting to leave the club so it seems that something may be going on behind the scenes that not many people know about. The chairman needs to make sure that he appoints the right man next as they will need to continue their development and stay in the Premier League next year or they may find themselves struggling back in League 1 in a few years. I personally hope this doesn’t happen as the Canaries are very well supported and their fans are some of the most passionate fans in the Premier League and have stuck with them through thick and thin.

But now onto who could take charge. It seems current Cardiff City manager Malky Mackay is in pole position and it is not difficult to see why. He had a fantastic first season at Cardiff, guiding them to the playoffs where they were beaten by West Ham United and also the final of the League Cup. This was a very good achievement as he had to deal with a lot of departures and basically make a whole new team with very little money. He is a manager that works well with what he has got and does very well signing players on a free or for small transfer fees which would obviously be a good thing for Norwich as they aren’t the richest and want to develop in young British talent as much as possible.

Unsurprisingly, Chris Hughton is also linked with the job and I think he would be perfect for most sides in the Premier League so if Norwich could get him then I believe they would stay up comfortably next season. Hughton was harshly sacked by Newcastle United and has also done a brilliant job at Birmingham City where he almost got them promoted even though he had to deal with a small squad and a lot of games, including the Europa League. He is a manager that gets players playing with a smile on their faces and is a very open and honest manager so the fans would take to him.

Neil Lennon is also linked with the job and I think they could tempt him to join the club as in all honesty the Scottish Premier League will be even more boring for the next couple of years because of Rangers’ financial problems. So he may want to move so he can actually get challenged. He has a 75.22% win record and has only lost 16 of his 113 games but then again he has only managed Celtic, however in his defence you can only beat what is put up against you. I don’t know how good of a manager Lennon is but winning trophies gives you confidence and he could be a success at Norwich.

I would love to see Chris Hughton get the job as he always seems to deliver at whatever club he is at and I just think he deserves another chance in the Premier League.