David Beckham has announced that he will be leaving LA Galaxy in December and this has led to a host of clubs wanting the former England captain. 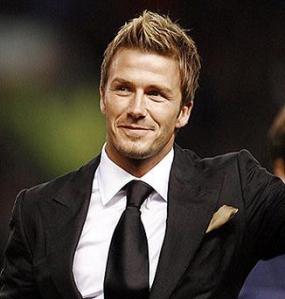 Beckham, has been at the club since 2007 and has played 116 games for the club scoring 20 goals so he has been a decent servant to the American side and he did capture the attention of the public when he first went over there. It is unclear now whether it will create more interest in the sport over there, because it is not as big as in Europe and this transfer was trying to make it more of a competitor to the likes of basketball and American Football. During his time there he went on loan twice to AC Milan, so maybe the Italian team would have him back on a permanent basis, but to me, this seems unlikely and I think he may be after a completely different challenge.

PSG are the clear favourites at the moment to sign the midfielder and that is because they can offer him a wage that cannot be matched by many other clubs in the world, apart from possibly Manchester City. Which is a club I am fairly certain he will not be joining. The French club though want success and are trying to sign a lot of big names to get them to the very top and competing with the likes of Barcelona. It would be strange if he did sign for them because he is getting old now and I don’t think he is the type of player they should be looking at. They need players that can come in and improve over the next few years, although saying that Beckham’s experience around the dressing room could make all the difference.

Personally, I think he will go out and try somewhere completely different because he has accomplished a lot in Europe and has stated before that the only English club he will play for is Manchester United. There is a small chance they could sign him but they already have Ryan Giggs and Paul Scholes in their midfield so it doesn’t seem likely that Alex Ferguson will sign another over 30 player.

A few players are going to China at the moment and maybe he wants to try over there and see if he can make an impact. For purely commercial reasons, he would be a success and he would probably make an impact in the leagues so this could be an option for him. But, from the early odds it looks like he may be going over to Australia with Adelaide United and Melbourne Heart strongly linked with him. Beckham, is a legend and he will be a success anywhere he goes, both on and off the pitch, so if these teams are serious about signing him then they may have to pay quite a high wage but they will surely get a lot of their money back just from shirt sales and other merchandising opportunities.