Finishing top scorer in any division would be a very good achievement and for the players in League 2 their goals could get their team promoted.

It is always difficult to predict who is going to finish top scorer because it is impossible to predict what injuries will occur and whether players will be able to maintain their form for a whole season but it can always be fun to try and choose.

The first player that caught my eye is the Portsmouth striker David Connolly because he has a lot of experience and knows where the back of the net is. I think Portsmouth will be the team to beat in League 2 and he will get a lot of chances to score so as long as he manages to be first choice then he will definitely be a contender. Seven goals in 17 games was not a bad return for the 36 year old in the league above so he should be confident this season. 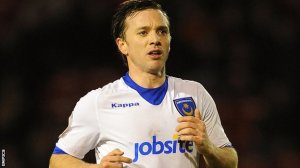 Fellow Portsmouth striker Tom Craddock may also be in the running for exactly the same reasons. Portsmouth are expected to challenge and this is because they have a talented strike force and will cause everyone in the division problems. At Oxford United he had a pretty good record although not as prolific as he would have liked he still showed his potential and 10 in 32 league games last year is not a bad return but I am expecting a lot better this season.

Deon Burton is another experienced striker that knows where the back of the net is and he will probably feel a little disappointed that he is not playing in League 1 next season because he helped Gillingham to promotion by scoring 11 times in 37 games. Burton has nearly 150 career goals and I am certain he will surpass that mark comfortably next season as he has had success before under manager Brian Laws. 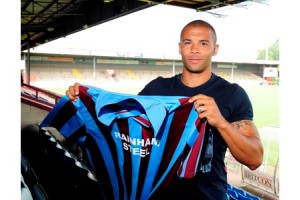 Chesterfield’s new signing Eoin Doyle will be hoping to make a positive impression in England after signing from Hibernian in the summer. I haven’t actually seen Doyle play that much but he did reach double figures in the SPL last season in a team that struggled for long periods so he obviously can be a threat to League 2 defences. His time at Sligo Rovers was successful and if he can get close to his tally of 25 in his last season at the club then he will be near the top of the scoring charts. 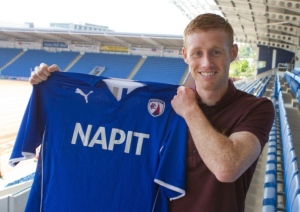 My final choice is yet another older professional but I just think experience could be more vital than ever in the Football League this season. Jamie Cureton is a goal scorer and has proved it time and time again throughout his career and had another phenomenal season last year with Exeter City and I think he will do even better at Cheltenham Town with them being one of the most consistent teams in the division. They will be a good shout for the playoffs and if Cureton is on form then they could even finish in the top three this year. 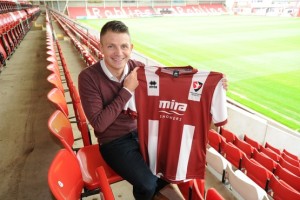 I think Jamie Cureton will finish as top scorer this year with Tom Craddock not too far behind.

Portsmouth may have been relegated from League 1 but they probably have the happiest fans in the country right now.

It has been tough being a Pompey fan in the last couple of years (this is a massive understatement) but finally they will be able to start again and support the team that they love and hopefully they can get back to where they belong. The Pompey Supporters Trust now own the club and they will put the club first rather than any of their other owners recently and this has just lifted the whole club and with the 3-0 win over Sheffield United, the future looks bright for the club that many believed would go out of business.

One thing that does need sorting now though is the future of the caretaker manager Guy Whittingham and personally I believe he should be given the job as he has done remarkably well under the circumstances. The 48 year old who also had two spells at the club as a player has been in charge since November and although results haven’t always been the greatest he has at least kept up morale in the squad and seems to have got some players playing quite well at times.

It is unclear who will stay at the club over the summer but there are still a few that the fans will be hoping stay. One of those is Jed Wallace who has impressed me every time I have seen him and will get even better as he is only 19. Six goals in 21 league games is a good record for any midfielder in any division and if Portsmouth can keep hold of him, he could be crucial to the ambition of the team and whether they want to come straight back up from League 2. Johnny Ertl is another that has been quite impressive this season even when things haven’t been going well, he has always been committed and one that will definitely perform a lot better now that the future of the club is secured. Another player that has been quite impressive is the former Republic of Ireland striker David Connolly who has seven goals in 17 appearances which yet again is quite good. If he stays then the 35 year old could grab a few more important goals for the club.

The problem with assessing how well Portsmouth are going to do next season is that it is unclear what players are staying, what sort of budget the manager is going to receive and simply what their ambitions are? Maybe as it is their first season owned by the fans they will just want to consolidate and make sure they stay in the league and build from there. However, right now it must be an exciting time being a Portsmouth fan and how many clubs can say that after suffering yet another relegation in just a few short years. I am happy that Portsmouth have sorted out their problems because it doesn’t matter who you support nobody wants to see a club die.