Fake Problems may not be that well known but they have released three studio albums and have a very loyal fan base.

There are many reasons why people haven’t heard a lot about them and that could be because their first two albums weren’t anywhere near mainstream and it was difficult to put them in a genre to even find them. They have been described before as an alternative country indie rock band with a punk influence, how many people would really be searching for these bands and can they even be found? Well, Fake Problems latest album, ‘Real Ghosts Caught On Tape’ is slightly more mainstream but it is still a mixture of punk folk, pop punk and country music so this is certainly where the problems lie, but if you get a chance to listen to them, I would definitely recommend them, especially on a sunny day as they have a very fun melody that makes you nod your head and tap your feet. It is a great summer album and has a retro feel to it and reminds me a lot of 60s music, in particular the song, ‘Soulless’ which has a lot of energy and a bouncy feel to it.

What sets Fake Problems apart are the lyrics to most of their songs because they are very catchy but if you actually listen to them they have quite a sad message to them, the song, ‘Songs For Teenagers’ is a perfect example of this as it is basically about nights that have been wasted and being hungover, combined with thoughts about suicide and drugs. Another praise I would make about the lyrics is that they are clearly personal to the lead singer but he makes them more than just about himself so it is not just like listening to a story of his life. The final song on the album is one of the few with a melancholy feel to it and ‘Ghost to Coast’ is a slow tempo track to finish off a fantastic album. But, going back to the beginning of the album and in ‘ADT’ it is clear that they are very good musicians with a great drummer and guitarist who play off each other and are intertwined brilliantly, ‘Complaint Dept’ and ‘Done With Fun’ also show this off. ‘ADT’ and ‘5678’ are probably the two songs that I enjoy the most because they are both very catchy tracks and simply just get you in a good mood just by listening to them.

Older fans of Fake Problems may not like this album as it is very different to their earlier entries but they must have expected it as all of their albums are quite different to each other, but if you are looking for some new music and something that isn’t as fixed to a certain style then Fake Problems are the band for you, as they do feel like a breath of fresh air when you first listen to them and they do have songs that you will replay over and over again.

Amy Macdonald is back in the charts with her third album but to really understand how much potential the young Scottish singer has you have to look at her previous work.

Her debut album ‘This is The Life’ sold over 3 million copies worldwide and reached number 1 in the UK Album Charts as well as 92 in the US Billboard 200 so it is easy to see how well she has been liked since the very start of her career but it has only taken me till now to discover just how brilliant she actually is. Just listening to album through once you understand her versatility as a musician but underneath it all you feel that she hasn’t lost her identity and stays true to the sounds that she knows and loves. The more you listen to it, the more in love you fall, it is really that good and the whole album is full of top quality songs that will speak to everyone as they are quite easy to relate to. She has fantastic storytelling ability and you can’t believe that she was only a teenager when this was brought out as some of her songs, in particular, ‘Run’ and ‘L.A’ show that she has so much more ability than other artists at that age.

But, her surprisingly mature lyrics are counterbalanced by her youthful spirit which will appeal to many different people and one thing that gives her points in my eyes is the fact that she doesn’t sound like a stereotypical female pop singer and each song has its own brilliance to it and there is not a single track that is boring like pop artists are releasing these days. The charm of the whole album is that, she doesn’t seem to have to try that hard but there isn’t a cocky arrogance about it and she proves that keeping things simple rather than doing things to your voice or adding a lot of beats does not make a track better.

Many of her songs have been used for different things and have allowed more people to hear her including the opening song, ‘Mr Rock and Roll’ which was used as part of the BBC’s coverage of the 2008 Olympic Games. The song reached number 12 in the UK and sets the standard for the whole album to follow, it could have been easy for it to get worse from there but even though this sing a long track is my favourite on the album by no means does it get worse. It is quickly followed up by probably her most favourite song, ‘This is The Life’ which was actually used on an advert for Fiat 500 shown all across Europe and this made it a major worldwide hit.

Macdonald’s voice is outstanding and the song, ‘A Wish For Something More’ shows her full range and also is a very good song to listen to if you want to also hear how impressive she is on the guitar. Basically, for most of the album it is just her and her guitar and the entire album will appeal to fans of folk music, indie and pop rock and  don’t think any of them will be let down by a single song.

Arctic Monkeys performed a Beatles classic at the Olympic Opening Ceremony in ‘Come Together’ in front of Sir Paul McCartney and this must be a massive moment for the band. 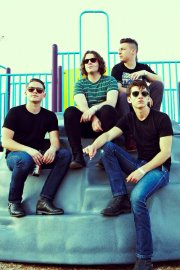 It was a very good cover of the song and nobody should be surprised that they were able to pull it off as they have showcased their talents for many years and performed a number of different songs. With their sound changing slightly throughout each album, choosing to do this song may have been challenging but achievable as they didn’t really have to change much and could do it as a straight cover. The band do seem to enjoy doing covers as they have participated in BBC Radio 1’s Live Lounge a few times and performed one of the more interesting covers when they decided to do Girls Aloud’s ‘Love Machine’.

They were always destined for great things but they may not have thought they would be performing in front of The Queen at such a massive event that the whole world would see. Their debut album ‘Whatever People Say I am That’s What I’m Not’ was fantastic and is still the fast selling debut album and has been hailed as a modern classic so they were always going to be successful but they achieved it in their own way. Alex Turner was clearly aware of everything that was going on around him and could fit it all into the lyrics, ranging for prostitutes in the Sheffield area in the brilliant number one single ‘When The Sun Goes Down’ to the drama and familiarity of being in a relationship in ‘Mardy Bum’. All of the lyrics seem come off as his past experiences and his thoughts and feelings which give it more depth and the storytelling more engaging. They even sing about the state of affairs in a town and how much things have changed over the years with their being more love and dedication to a local football team than anything else. One of the biggest compliments you could give the lyrics is that they paint a picture that is instantly recognisable to a lot of people in the UK, in particular the song ‘A Certain Romance’ which is slightly different to the rest as it is a slightly slower song as opposed to the guitar led, jumping around sounds of some of their other songs.

This debut album achieved number one in the UK and somewhat surprisingly number 24 on the Billboard 200 in America. It is not because of the actual music that I am surprised by this but the fact that Turner didn’t try and hide his Yorkshire accent and used some slang words in the songs that many Americans may not have understood. But, it does appeal to a wide audience with the riffs having a punk feel to them and it being placed as more of an indie sound will certainly have attracted many listeners from different genres.

This was just the beginning for the band and with their recent albums you can see how they have grown and matured more as this album does have a heavy focus on going out on a Saturday night, looking at girls, ultimately getting turned down and getting into fights while waiting for a taxi. They have made different music now but as they say themselves, ‘There’s only music so that there’s new ringtones.