Relegation from the Premier League can be tough on any team and it is the magic 40 point mark that a lot of teams aim for first even when they are not expected to get relegated. Even mid table teams don’t want to get dragged into a battle so they aim to get their as fast as possible and then build on that.

Inevitably the promoted teams are always the favourites to go straight back down and there is no change this year, with Reading being one of the teams that need a good start to the season or it could be a very long year for their fans. They have however some good signings in the summer which will surely give them a better chance in the always reliable Danny Guthrie and striker Pavel Pogrebnyak who had a very good goal scoring record at Fulham last year. They do lack a little experience in the Premier League throughout their squad so Jason Roberts and Ian Harte will both be essential to their side. 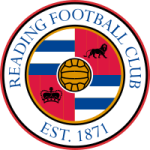 Norwich City have a new manager this season in Chris Hughton and he has the difficult task of following in the footsteps of Paul Lambert. But, he has inherited a good team that was comfortable in the Premier League last year and there will be a lot of talk of second season syndrome but Hughton has performed minor miracles before at both Newcastle United and Birmingham City so I am sure he will be a success here too.

Nigel Adkins hasn’t changed much at Southampton in the close season so he obviously believes that this team are good enough to stay up but I think they need a little more especially considering the start to the season they have. In the opening five games they have to play both the Manchester clubs and Arsenal so like Bolton last season they may be demoralised before the season has even really begun. The signings of Jay Rodriguez and Nathaniel Clyne would have been very impressive in the Championship and even though I rate both of them highly they just might not be able to cut it in the Premier League.

Wigan Athletic will always be considered as one of the favourites for relegation no matter how they finish the previous season. At the end of last season they were one of the most in form teams in the whole league but that have lost Hugo Rodallega and Mohamed Diame who have both been influential in the past for them. The signing of Arouna Kone may show their intent of finishing a lot higher up than they have in previous seasons but they will always be considered as the underdog in the Premier League but maybe they like it that way. 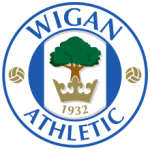 Swansea City are one of many teams with a new manager this year and a lot of people are already writing off Michael Laudrup before he has even took charge of them for the first time in a competitive game. They won’t have to change their style much under the new manager but maybe this is the problem because a lot of teams will have now worked out ways to stop them and they still don’t really have an option B so it will be a tough task for them to stay up.

For me it will be Swansea City, Southampton and Reading that go down.

Both Manchester clubs crashed out of the Europa League after being beaten by Sporting Lisbon and Athletic Bilbao.

Where to start? Manchester United were beaten both home and away by Bilbao and deservedly so, not at any point especially in the second leg did they look like they were going to go through. Bilbao, to put it simply were fantastic and didn’t give the United players a moments peace when they were in possession. Fernando Llorente looked like the best striker on the pitch over the two legs and scored some wonderful goals including a lovely first time volley in the second leg. He showed up the United front players even if Wayne Rooney did grab some goals himself, Llorente had the movement and the finishing ability which is attracting attention from bigger clubs and judging him on these two performances he can play well under pressure and in big games so I think a lot of clubs will be sniffing around him in the next transfer window.

So United failed and I believe that Alex Ferguson got it wrong in the second leg because he knew that his team needed to score twice to go through and this was if they kept a clean sheet which was never going to happen. He played a hardworking side and committed side but it did not seem likely that the team he selected would be good enough to win the game never mind qualify. He went with only one striker in Rooney and left Javier Hernandez and Danny Welbeck on the bench, while playing Ryan Giggs and Ashley Young in the wide positions. It seemed like Fergie was scared of this Bilbao side, why not go out and attack them, try and grab an early goal and see if they could deal with the pressure. But, no instead it seemed like he just wanted his side to stay in the game for as long as possible and then nick a couple of goals on the counter.

Maybe they will prefer being out so they can focus on the Premier League and Manchester City in the first half of their game seemed to take their eye off the ball because they were 2-0 down at halftime and losing 3-0 on aggregate. Losing the first leg was acceptable as it was away and Portugal can be difficult to go to but being 2-0 down at home is not something you see often from a team that wants to win trophies. In their defence they picked up in the second half and actually won the game on the night with goals from Sergio Aguero and Mario Balotelli which shows that Roberto Mancini did want to win the trophy and did not accept what he saw in the first half and let his players know what he thought of them at halftime. They were unfortunate to go out on away goals but they only have themselves to blame.

Both teams now only have the Premier League to focus on and that will be a fascinating race but it is a frustrating time for English teams in Europe with every team now out apart from Chelsea. This is a missed opportunity especially for Alex Ferguson as this is the only trophy he hasn’t won as manager of United so he probably wanted to see his team perform better. It is now up to Chelsea to win a European trophy this season.

It may have been easy for the two Manchester clubs to not take the Europa League seriously so the draw has actually helped the competition with two very exciting ties which wouldn’t have looked out of place the Champions League. Two tricky away ties were up first for the teams with United playing Ajax and City playing Porto so this was a great opportunity to see whether the managers believed this competition was worthwhile or not.

Let us first start with United, (because there game was first not because of preference) they picked quite a strong team but also took the opportunity to give a few players an opportunity to get minutes under their belt after recovering from injury. Tom Cleverley and Fabio started and these two were probably the only two that could have been replaced by better players but nevertheless they have enough experience to be put in the side in a big European game. When Patrice Evra was left in Manchester, I was a little worried Alex Ferguson was not taking it seriously but his reasoning was acceptable enough as it had been a tough week for the French left back with the whole Suarez saga. His pre match press conferences also confirmed that he wants to win this competition now he is in it as it is the only one he has not won as United manager and we all recognise Fergie does not accept defeat against any team in any competition. So, he started Wayne Rooney and Javier Hernandez up front and it worked well with Hernandez scoring the second goal and ultimately putting the tie to bed. As previous stated, it was an opportunity to give players with fitness doubts a game and Ashley Young was one of these and he played quite well and opened the scoring which will give him confidence for the remainder of the season.

Now, onto City and they probably had a more difficult tie against Porto as the Portuguese team have been in fantastic form and very rarely lose at home in any competition. When Varela opened the scoring for Porto, the City fans must have thought it may be difficult to get back into it but the players themselves showed that they are ready to compete and even though it’s not where they want to be, they still want to win as much silverware as they can this season. An own goal got them back in the game but in fairness they had deserved it as they had created quite a few opportunities. They went onto win the game with Sergio Aguero grabbing the winner from off the bench. This shows that Mancini wanted to rest him but had enough respect to have him on the bench to bring on if he was needed. A draw would have been a good result, but obviously the manager wanted more and this is why he brought on Aguero and this shows that he also wants to win the competitions.

I believe it is a good thing both Manchester clubs are in the Europa League because they will want to outdo each other and get further than the other. If only one of them had dropped into the tournament then I think they may have decided to focus on the Premier League more and forgot about Europe this season. Now, the Europa League will also gain more attention than it usually does which can only be a good thing for UEFA.