Bristol City will be playing in League 1 next season after finishing bottom of the Championship and not even coming close to staying up.

Sean O’Driscoll was in charge for 20 games and although he lost 11 of them, he should not get much of the blame because they just simply were not good enough last season and they have been struggling for a number of years at the wrong end of the table so maybe it was time they got relegated. O’Driscoll has got one promotion from League 1 in his career with Doncaster Rovers and is a manager that I feel should be in the Championship so it will not surprise me if they return at the first time of asking. They have lost a few players that would have been good in League 1 and the club will feel they did not get the best out of some of these players like Jon Stead, who only scored five goals in 30 games last season. Cole Skuse is another that has left and he will be missed because he has a lot of experience and played over 300 games for the club. Another loss will be Tom Heaton who conceded a lot of goals but was still impressive.

O’Driscoll has moved quickly to bring in former Derby County and England Under 21 goalkeeper Frank Fielding to the club. This is a good signing and he will certainly be one of the best keepers in League 1 and I am surprised that he was not snapped up by a Championship team. Another new signing that will be vital is Aden Flint. Flint has been an important part of Swindon Town’s team in the last few years and is someone that they did not want to let go. Central defender Louis Carey who is closing in on Bristol City’s all time appearance record will need to be a rock at the back if they are to be successful.

Albert Adomah will probably leave the club in the near future so they will miss his pace and creativity but that is not to say they don’t still have some good midfielders. Marvin Elliott will be a very good player in League 1 and Paul Anderson is someone that at Nottingham Forest was an exciting player to watch when he got on the pitch and will need to produce a lot more quality next season. 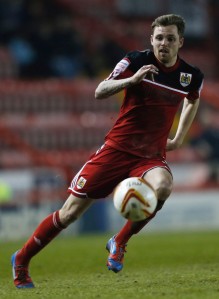 Upfront they have Sam Baldock who last time he was in League 1 looked fantastic and earned himself a move to West Ham United. That move didn’t quite work out for him but he still managed five goals in 22 games which doesn’t seem great but he did have limited playing time and was never really given a fair chance. His strike partner will most likely be Steven Davies who scored 13 goals last season and will be expecting to get more next season in a lower division. They also have Ryan Taylor and his time at Bristol City has not been the greatest so far and will want to make up for his slow start next season. 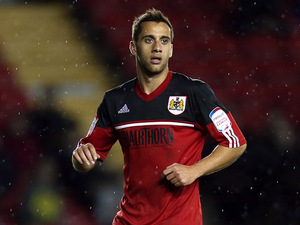 Joey Barton looks set to leave QPR at least on loan this summer after he was given a lengthy ban at the end of last season.

There is no doubting Barton’s footballing ability as he can on his day be one of the best box to box midfielders in the country and can be very influential on the pitch so it is not surprising that a lot of clubs would like to have him. The advantage of him going out on loan to a Championship or possibly even lower club is that his ban will run out quicker and will be available to Mark Hughes a lot sooner than if he stayed at the club. But surely teams interested in him would surely want him at least till January and could he make a difference to their team and if QPR were willing to pay his wages for the duration of the loan spell then it could be a win-win situation for everyone involved. Some people will be against him joining their club because of his reputation and the fact that he has been given more than one chance but if he joined your club and played excellently for a long run of games and helped you get promoted would you be complaining then? Opinions in football change very quickly and this could definitely happen with Joey Barton.

So first off, the club that surprisingly looks the most likely to sign him is newly promoted to the Football League Fleetwood Town. He is currently training there and would obviously be a fantastic addition to their squad and would probably help financially as a lot people may buy tickets to watch Barton play. Or possibly watch him implode on the pitch? As much as I would love to see this happening, it is unlikely as I can’t see him dropping down to League 2 but there is always a chance especially if he enjoys the training sessions and gets on with the players and staff.

More realistically though I could see him signing for Blackburn Rovers who have just been relegated to the Championship so they do still have some quality players and will be looking to bounce back on their first attempt. This transfer as alluded to earlier may not sit well with the fans, and Steve Kean doesn’t have the greatest of rapport with them anyway so I would personally advice him not to add fuel to the fire and sign Barton but if he does perform for them, he will win them points and they could be crucial come the end of the season.

Finally, Blackpool are also linked with him and this could be fantastic for both club and player because manager Ian Holloway is known for giving players a new start. Holloway is a brilliant man manager and gets the best out of his players and they seem to overachieve every single season and it just seems like a fun laidback place to play so maybe that would help keep Barton calm. Blackpool play football the right way and the one time England international would certainly fit into their team.