Sunderland are not in the greatest form at the moment and with two more injuries they may struggle to pick enough points.

Striker Steven Fletcher and midfielder Lee Cattermole have been ruled out for the rest of the season and they have been vital for the club, especially Fletcher who is their leading goal scorer with 11 goals. Cattermole is the club captain but he hasn’t been able to play that often this season because of injuries and maybe that is why they are now struggling because they don’t have a tough tackler in the middle of midfield. However, I’m not a big fan of Cattermole and don’t think he offers a lot but gets away with it simply because he is English and puts in a lot of effort and gets the crowd going by charging into tackles. 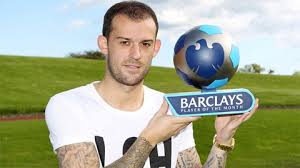 Martin O’Neill does have problems now as they do not have a lot of goals around the team after Fletcher and will now have to rely heavily on January signing Danny Graham who hasn’t had a great start to his career at the club. The fans haven’t taken to him because of his past and that he is a Newcastle United fan but he proved last season at Swansea City that he can score goals and put in good performances. He may now be able to kick on and thrive under the pressure and if he doesn’t then the only other out and out striker is Connor Wickham and he has hardly kicked a ball under O’Neill and during his loan spell at Sheffield Wednesday he only got one goal and could be one for the future but they need something now and it could really cost them.

Selling Frazier Campbell may well have been a good decision at the time but now it seems like a disaster because they really don’t have the options and will probably have to play with one up front and hope Graham produces the goods. The midfield should have been performing a lot better than they have this year too as well, Adam Johnson has not played anywhere near as well as most expected and just drifts out of games too often and doesn’t affect play at all. Even more remarkably is the lack of form of James McClean because he was very good last year but seems to have been found out.

Stephane Sessegnon will be the most important player now for Sunderland because he can unlock defences and grab the odd goal. Now, he may also get to play in his best position in my opinion which is just behind the striker and he will cause more problems than when he is on the wing.

Can Sessegnon be Sunderland’s goal scorer?

Sunderland’s second top scorer this season is Craig Gardner but he has been playing at right back and most of his goals have came from the penalty spot, I think he should be playing in the middle of the midfield but he looks to be a first choice right back at the moment.

Do Sunderland have enough to stay up in the Premier League?

Spartak Moscow winger Aiden McGeady has been linked with a move to the Premier League in the last couple of days because his agent has said that he would consider a move if an offer came in for him. 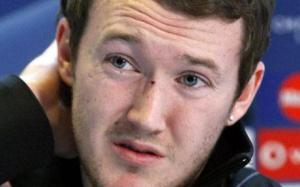 So would any Premier League teams want him and will they be willing to pay quite a high transfer fee for him? Spartak paid around £9.5 million for the winger so they will want at least that if not more but if the player claims he is not happy in Russia and wants to move back to the UK then their hands may be tied and will have to sell him. But, let’s look at who would be interested in him. First team that comes to mind is Sunderland because Martin O’Neill gave him his chance at Celtic and obviously knows what he can bring to the side. His trickery on the wing would be a very useful asset to most teams and a team like Sunderland who are quick on the counter attack could certainly use him. However, Sunderland do have a lot of wingers currently with James McClean, Seb Larsson and new signing Adam Johnson on the books but Larsson could play inside as a central midfielder and even McGeady could play inside just behind the striker. Yet again though, that would cause problems with Stephane Sessegnon usually playing in that role. If Sunderland want to be genuine contenders for a European place or trophies then I think they need some better players and McGeady would give them a lot of strength in depth.

Next, I think that Aston Villa, if they could afford him should be looking to sign him in January as they do have quite a young side and some of their wingers just haven’t lived up to their potential, in particular, Charles N’Zogbia. With Marc Albrighton and Gabriel Agbonlahor (who I think will definitely be a winger under Paul Lambert) struggling with a few injuries at the moment they do seem a little weak out wide. Barry Bannan is inexperienced so he will not be able to produce his best every week and Brett Holman is new to the league so he may also be inconsistent for the first few weeks. If they brought in McGeady they would have a little extra cutting edge and someone that can do something a little special when the game isn’t going quite right for them which is something I think they lack at the moment.

Finally, a team that may be looking to sign him is Newcastle United because they, like Villa, also lacking that little bit of spark, especially if Hatem Ben Arfa is having an off day. They are another team that doesn’t have many wingers that are going to be able to produce consistently. Jonas Gutierrez always does a solid job but in the attacking third his final ball isn’t the best. Sylvain Marveux has had injury problems and has only started two games in the Premier League so he is a difficult one to judge but then the next option is Gabriel Obertan who has not lived up to his potential at either Manchester United or Newcastle so they should maybe look to get rid of him in January anyway and a perfect replacement would be Aiden McGeady.