AFC Wimbledon are looking for a new manager after sacking Terry Brown seven league games into the new season.

The club has failed to win since the opening game of the season and the board believe that if they want to avoid a relegation battle this year and push up the table a new man is needed in charge. Brown, was always liked by the fans as he has achieved so much in his five years as manager, including getting them into the Football League. He was manager for 266 games and won 126 of them so he had a very good record and under him they always achieved their goals so there is no doubt in my mind that he would have kept them up but I am not sure if he could have took them to the next level so maybe the board were just waiting for a bad run like this to get rid of him.

There will be plenty of contenders for the job, but the favourite at the moment is recently sacked Coventry City manager Andy Thorn. Thorn, began his playing career at Wimbledon and was part of their team when they won the FA Cup in 1988 so he obviously has a lot of good memories of the club and would love to bring the good times back. He left the club shortly afterwards but returned a few seasons later, so if he does become the manager it will be his third spell there. Looking at his time as a manager though he hasn’t had much success and only has a win percentage of  21.67% but this was at Coventry and there was very little chance of success there and even a more experienced manager couldn’t have done much better in my opinion. 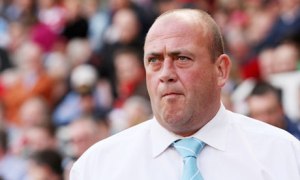 Next up for contention is Andy Scott who has had mixed fortunes as a manager so far, winning the League 2 title with Brentford in the 2008-09 season but being sacked as manager of Rotherham United after less than a year in charge in 2012. He started off well at the club though and actually won the manager of the month award in August but they couldn’t continue their form for the remainder of the campaign and Scott took the blame for it. He would be an interesting choice because he does have a bit of experience of success and could take the club onto the next level or it could backfire horribly. 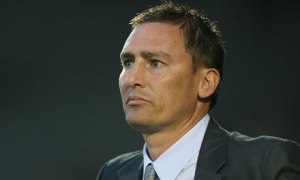 Finally, another name linked with the job is also a former player that won the FA Cup with the club and that is Dennis Wise. I don’t know if the fans would be in favour of him getting the job because he hasn’t been involved in football since leaving Newcastle United and his time there was, to put it simply, a disaster. He has claimed that it has ruined his image and had damaged his chances for further work and rightfully so in my opinion. But, if there was a club that he could start again at, surely it would be a team that gave him his first chance in football. He hasn’t done badly as a manager so it may be a good move for all the parties concerned. 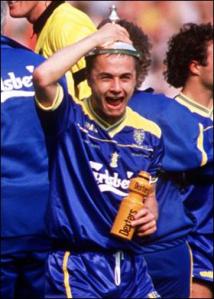