Portsmouth will be playing their football in League 1 next season if they are able to sort out their financial problems which have dogged the club for years now. 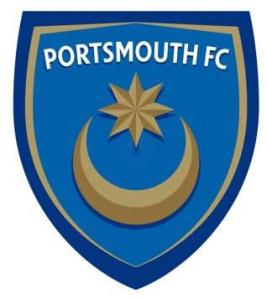 Portsmouth have 40 points from 45 games

It is difficult to talk about Portsmouth without referring to the finances these days and I think that it is very harsh and the media should talk more about their loyal fans and committed staff who continually work through all their problems even when their job is constantly in danger. But let’s just focus on the actual football rather than anything else. Michael Appleton first of all deserves great praise because he has had been very dignified throughout the whole time and without the 10 point deduction they probably would have stayed up comfortably. Although he has only won eight games in charge of Pompey at least he has stayed the course and this is not having a go at Steve Cotterill who was in charge for 61 games. But maybe he should have tried to keep some stability at the club but when a more secure offer comes along, you can’t blame him for taking it.

There is an expected exodus from the club in the summer and some of the players will be missed as they have been great servants for the club. Jason Pearce looks as though he will leave and Leeds United are heavily linked with him at the moment. Even though he has only been at the club for one season he has put his in some brave performances and deserves a lot of praise from the fans and I’m sure they will wish him well in the future. Joel Ward is another that has been linked away from the club, Ipswich Town are chasing him and he will most likely leave. In the last two seasons he has played over 40 games for the club and he has actually benefitted from all their problems and lack of players because it has allowed him to show off his potential and possibly get a move back to the Premier League in the future.

Other players that have been at the club for years have not been as helpful to the club in my opinion because they have huge wages and not really performed when they have had the opportunity. Tal Ben Haim is one of these players because he must still be on a Premier League wage and has played 33 games this season but has he really helped the cause by staying?

One player that has impressed me this season is David Norris who should be a hero to the Pompey fans now after scoring that dramatic equaliser against Southampton which will be one of the high points from this season. He is the top scorer of all the players still at the club and would be a good addition to any team in the Championship next season so they will do well to keep hold of him.

Up front they have not performed that well with Benjani only scoring one goal in his 18 games. Although 12 of his appearances have came from the bench. Kanu also only has one goal in 11 games but yet again most of his appearances have been as a substitute. These players need to leave the club and they have in the past done a very good job for the team but they have should have been let go when all of their problems started and resigning them may have pleased the fans to begin with but they must realise that it is time to move on and start again.

I personally hope that Portsmouth recover because they have such fantastic fans who are very loyal and do not deserve any of this that has happened to them. Some people need to realise that the fans are the most important part of any club and the Portsmouth fans deserve a lot of praise because it would have been easy for them to become disenchanted but they haven’t and still go to Fratton Park optimistic every week that their club will finally turn the corner.